What's on your mind?

It seems all these modules would benefit by being updated to a datapack or a looping function. is that something you guys think we will ever see? or is there a specific reason that they will continue to be command block only?

I don’t know where exactly this post belongs, so if anybody knows, please redirect me there. This is a work in progress module. It’s mostly finished but I am posting here before it’s done to get some advice and perhaps lag reduction tips. Plus if anyone wants to let me know the current scoreboard naming system in GM4 I’d appreciate that.

This is a portal gun that is multi player compatible. The features of the portal gun are as follows:

A portal gun is either orange or blue (it’s a bow and arrow). When shooting a new portal only your old portal of that color is removed and the new one created. The color is switched by throwing the portal gun out of your inventory.

The second feature and this is the important one. Anyone can travel between two portals you have fired. Portals are player sensitive meaning that every player has it’s own unique set of two portals and any other player attempting to use a portal will take that player to the other portal linked to that player. A little confusing but I hope that makes sense. It works like multiplayer portals work in the original game basically.

When an old portal is destroyed, the blocks that used to be there are put back so nothing is lost.

Features I am still adding:

Keeping player momentum. I’m experimenting with using summoned arrows to give the player momentum as they leave a portal however that is still a work in progress feature.

To work on multiplayer like I explained, portals cycle through a waiting list type system to take you to the correct portal. This works smoothly with only a few players but if there are hundreds of players it could take 5 to 10 seconds to teleport you. I, currently switching that system out for a more efficient binary search system, but it’s giving me a bit of a headache. :p

So tell me what you guys think and any advice if you have any. I’ll post the testing world soon. If anyone wants to move this to the correct page, feel free. Thanks for reading :)

Eating a rotten flesh 30 times whether in a row or not. Will summon invisible silverfish around you called "insanity".

(edited by A Fandom user)

I think it would be cool if there was a magical crops module that is reliant on custom crafters and has the following features: 5 tiers of essences and crops Hovering over a crop shows the type of crop (Use named armour stands or summon itemstacks with long pickup delays) Crafting recipes Damageable infusion stones Unbreakable zivicio tools Zivicio armor with flying Zivicio armor gem slot

I know this is a lot of features, so I completely understand if you don't do it or cut corners, but I know that there are plenty of people who would like this, so please consider it.

(edited by A Fandom user)

If you combine dye with gunpowder, you get splash dye. If you throw/drop it, it dyes the following things in a certain range:

If you combine dragon breath with splash dye (or with dye), you get lingering dye.

Dropping/throwing it makes decorative clouds of dyed particles (I am thinking of iconcrack of dye items or blockcrack of dyed blocks). It does not get smaller over time, though it gets smaller when used to dye things.

It dyes the following things:

in the updated module you should be able to take or add XP into your XP Bank in groups of 1, 5,and 10

This isn't really a suggestion for a particular module but I would like to point out this concept to some talented Gamemode 4 people.

This concept is best explained by GamerGuppy in the video,

If a boat has two passengers in it and the boat is teleported to the first passenger, it will move forward. If the boat is rotated, the direction is changed.

After a sapling dropped by a tree has been on the ground for a few minutes, it plants its self and grows.

(edited by A Fandom user)
wildwolf333 on PSIII suggested the idea of a minecart chest riding a boat. In 1.9, that would also make it ridable by a player, like a donkey on water. With the little testing I've done, it is definitely possible and quite easy to do.

This may work well and I likd the idea

(edited by Jassioman)
On gamemode 4 PSIII i have noticed alot of redstone lifts why should we build redstone ones when we can build are own in gamemode 4 something similar hopefully to Terra Swoop Force but smaller. Disscuss Below.
(edited by MrBert2theSpark)

When you throw a special lingering potion on the ground it could summon a cluster of arrows that do some damage. (like medievel grenades)

I made an Ice Tower for the Custom Terrain Module. I wanted your guy's input on whether or not I should create an expansion pack for it when 1.9 Custom Terrain is out.

I want to spice things up a bit, but I need your help!

The basis for this module is that I'll be randomly replacing Zombies in the world. The random portion comes from a concept I picked up here. In that video, GamerPuppy made a command block randomizer that spawned in squids and used their initial facing direction to get a random value from 1 to 360.

Now, I already have mobs that I'll be working with, namely naturally spawned zombies, from which I can pole an initial rotation and use that as my randomizer. The command, attached to a simple falling sand clock, looks like this:

So, any zombies that are facing between 1 and 45 degrees get tagged. Later on in the machine a new mob will be spawned in at the location of all mobs tagged CM_1 and then at the end everything with CM_Placeholder will be tossed into the void and brutally murdered to get rid of any evidence.

The !CustomMob tag is in there to prevent any custom zombies we spawn in being used as a placeholder for another mob.

I'll be honest, I haven't come up with many mobs yet. The contraption itself is exceedingly simple, but I've got no inspiration to come up with mobs. What I do have is as follows:

·         Wither Skeleton
Not just any Wither Skeleton, no these guys have armor and enchanted weapons. Right now the armor is just whatever can spawn randomly on a skeleton based on local difficulty. The weapon is an iron axe with sharpness on it. I'm considering setting up a second randomizer to give them fancy random loot too.

·         Mummies
These guys are based on the zombie villager (Librarian) model and come equipped with golden hoes (scepter), golden helmets (crown), and full leather armor dyed grey to give them a properly mummified look. They also have double the health of a regular zombie, deal more damage than hard mode zombies and have 100% knockback resistance. Nasty. Oh, they also drop Desert Temple loot J

·         Regular Zombies
I don't want to get rid of all the zombies. Just most of them. So a small portion of the zombies will be replaced with other zombies tagged as CustomMob to prevent them being used to spawn other mobs.

·         Death Knights
More wither skeleton madness, but these guys are fully tricked out knights in armor. Iron armor with a host of enchants, blazing swords,etc. Exactly the kind of thing you don't want to come across in a dark and spooky forest.

·         Charged Creepers Yeah, these guys just don’t happen enough in a normal game. I don’t think I’ve ever even seen one, to be honest. They need to happen more J

A Plea for Help

I need you guys to help me out here. I need mob ideas. If you've got something that can be spawned in with a simple summon command, throw it at me. You can just describe it if you want, and I'll put the details together into the command, or you can provide the command itself.

You could also go nuts and provide mobs with command block support, but I'll need you to submit the commands as well. For example, maybe a plague zombie that puts poison on any player in a radius, or sorcerers that can cast fireballs at you!

I know for now that I'm not fully compliant with the GM4 standard. Mostly my tags need to be renamed, I think. But this is still in a proof of concept phase and I'm not yet ready to share an actual device. That will come later. For now, I just want to get something up and running.

Update: I've been away a while but I've finally put together a working test world for these. Still not 100% GM4 compliant, but moving in the direction. I've put an emphasis on making this flexible for now, so I've intentionally avoided putting this in the GM4 snaking command block configuration. That just makes things too complicated to get in and tweak.

The rest are filled in with standard mobs as placeholders for now.

These arrows could either be positive, giving health or regen, or negative, giving poison or weakness.

I feel like this would give a nice challenge while also not being too challenging to understand.

So, I'm currently making my first Custom Crafter for Alchemy.

Here's the recipes I already make :

Have you any suggestion for me ??

Also, does anyone know if there is a way to put a fill cauldron as ArmorStand head, I just succed to make it appear as an item ...

When a players enters the end for the first time the end crystals spawn an indicator armorstand below them. After the dragon is defeated these armorstands fill the inside of these pillars with air and divide them to stories. Each level is connected with parkour or ladders and has a chest and a special spawner in it. This would make for a good reward for defeating the enderdragon.

What are your thoughts on this?

This would be an extension to the Orbis module.

The checking system would be the same, but instead of marking checked chunks with cobblestone, we could indicate it by filling barrier blocks at the top level and then checking for that.

About the dungeons: their spawning could rely on detecting endstone and/or chorus fruit plants in a certain y coordinate. They would spawn in above the normal island levels. They could be little towers standing on islands. The loot would use the new loot tables function.

Mobs: I only thought of few yet:

Ender cube: magma cubes with witchMagic particles and with the loot table of an endermite.

Ender Witches: normal witches but instead of dropping splash potions they drop lingering ones.

I don't know yet what to use it for, but you could make a fortresscraft kind of electricity transport, with batteries and ald lasers. This would remove the laggy wires and you would still be able to transport some electricity around your base.

You could put a giant dungeon above the nether with orbis or something. It would make use of free space that  can't be found anywhere else and it would discourage illegitament use of the nether roof. It might have custom loot and really hard mobs for a good endgame experience. 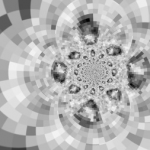 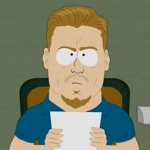 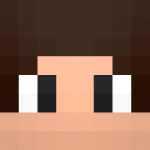 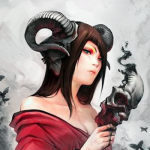 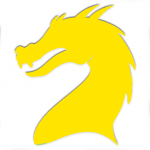 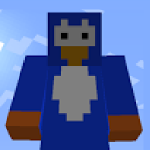 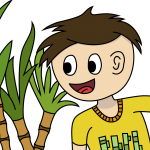 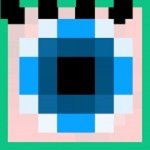 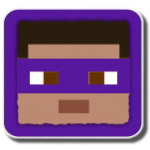 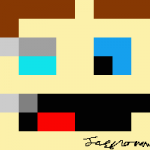 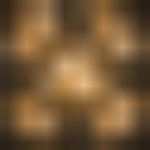 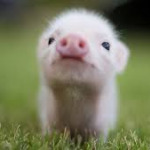