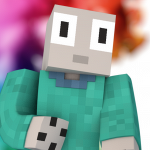 I joined this server shortly after the start of PSII, but only started properly playing a month or two later. On January 31st, I became a Patreon to Accidental Games. I like building and creating and the feeling of accomplishment. Building things together is when it's most fun. I'm a Community Moderator on the server so if you have any questions I'll be more than happy to answer. (although you'll probably get a quicker reply if you ask me via Twitter or Discord) :D

Retrieved from "https://gamemode4.fandom.com/wiki/User:MrCocaCoda?oldid=35007"
Community content is available under CC-BY-SA unless otherwise noted.