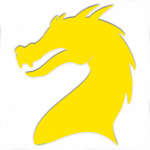 Hey, I'm Seikatsu7 but you may call me Sei for convinience. I'm a discussions moderator and a frequent editor of the Gamemode 4 Wiki. I'm active almost every day, so feel free to message me if you are new to the wiki or just need need help with anything and I'll be sure to reply to you as soon as I can.

I became interested in Gamemode 4 in April of 2015, shortly after Equivalent Exchange came out. I then started playing on the Public Server II, but took a break in March of 2016 due to school. Later, I became a translator of Accidental Games' videos and wiki pages here on the Gamemode 4 Wiki.

Retrieved from "https://gamemode4.fandom.com/wiki/User:Seikatsu7?oldid=37222"
Community content is available under CC-BY-SA unless otherwise noted.